We have prepared a package of cool new features that we want to preview to you.

Please have a look at the following short video: 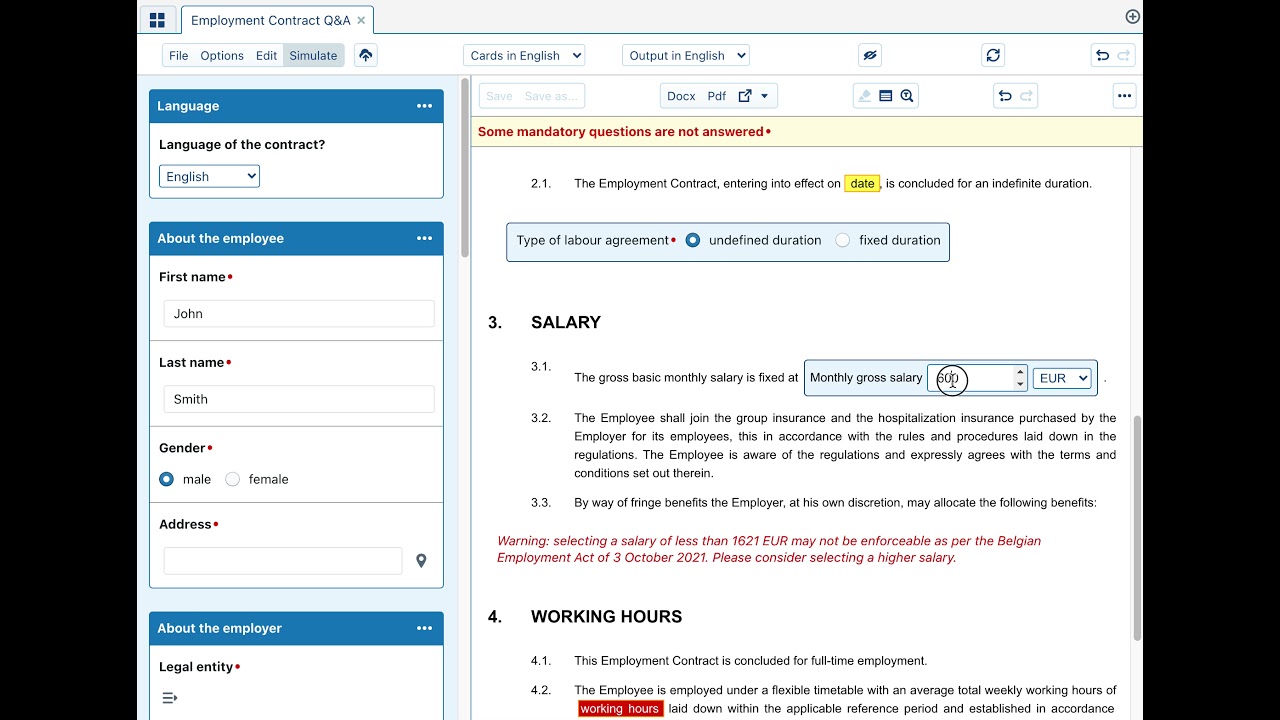 1. Essentially, this new feature allows you to embed questions into the actual contract text.

Situations where we think this could be useful:

Within the ClauseBase team, we have intensely debated this subject, because this also has disadvantages:

For these reasons, we have opted for an opt-in approach, so we continue to recommend to apply the traditional approach, and only apply the new feature where useful. (As illustrated by the video, you can essentially say that a question should always be embedded above/below the target clause; or instead optionally be shown if toggled with the triangle; or instead be embedded “inline” into the actual sentences of the text).

Moreover, (as illustrated by the video) you can dynamically toggle the visibility of all this embedding stuff. Through a simple condition on the change-set, you could, for example, specify that only advanced / legal users should see the embeddings, while all the basic/nonlegal users would get the traditional view. We think this will solve most concerns about the “single source of truth” and forcing users to scroll through the text at the right side.

2. As a nice side effect of the new embedding feature, you can now explicitly associate a specific question with a specific clause in the document text.

This solves the problem that, up to now, only questions targeting a specific datafield that is currently used in the contract text, could be clicked by end-users. (You have probably seen the error message “No impacted clause is currently visible”.)

In the video, you can see this with the “working hours” datafield, painted in white on red.

What do you think? Any thoughts or additional use cases that you have in mind?

The opt-in approach looks great for me. This way, Q&A’s can be adapted to the user. For contracts that need to be drafted very quickly and easily, the traditional approach seems best. For heavily negotiated contracts between lawyers, the new approach will be useful. Like you said, this feature will then especially come in handy for datafields regarding small details.

How I see it, I would use this in the following way:

Looking forward to the implementation of this feature