Auto-populate (or suggest) predefines from clause

In CE, if one puts variable choices first into the document text, then when one goes to create a text-select variable, CE can automatically populate from the choices in the document text. This is a small but nice time-saver that Clausebase could consider for datafields and predefines.

Just to make sure I fully understand:

Have you already checked out the “batch create” pane in the Q&A? If there are predefines within a concept’s datafield, it will automatically insert these as predefines in the Q&A.

(If you were already aware of “batch create”, can you then provide a concrete example — with predefined values — of what CE offers that ClauseBase does not?)

Certainly, because I think I did not explain well.

I typed this as part of a new clause:

At the time that I typed it, I had not defined the datafield #dispute_resolution^arb_org. When I went to define the datafield, I had to create the two choices, i.e., “American Arbitration Association” and “JAMS.” In that situation, CE reads the document syntax and figures out not only that I am creating a new variable (as Clausebase does) but also what text choices (=predefines in Cb) I might want to add. You just click in CE on “populate from text” or something like that.

That is an interesting feature suggestion! My only concern is that some datafields are used across many different clauses in different contexts, as a result, their predefines might get cluttered with a blunt population from the text. On the other hand, it is generally easily to delete the unnecessary predefines, thus, should not cause an issue.

I was about the say roughly the same. Stay tuned!

A first preview of the suggested function is now online.

It works as follows:

For a text or list-of-text datafield, you can now get a list of all the text values used anywhere in some kind of comparison within the currently opened document (e.g., a #concept^datafield = "alpha" or #concept^datafield in @list("alpha", "beta", "gamma") in the enabled? field, or in the body, in the title, etc.). You can then add the values that were found individually, or all at once.

Please let me know what you think! 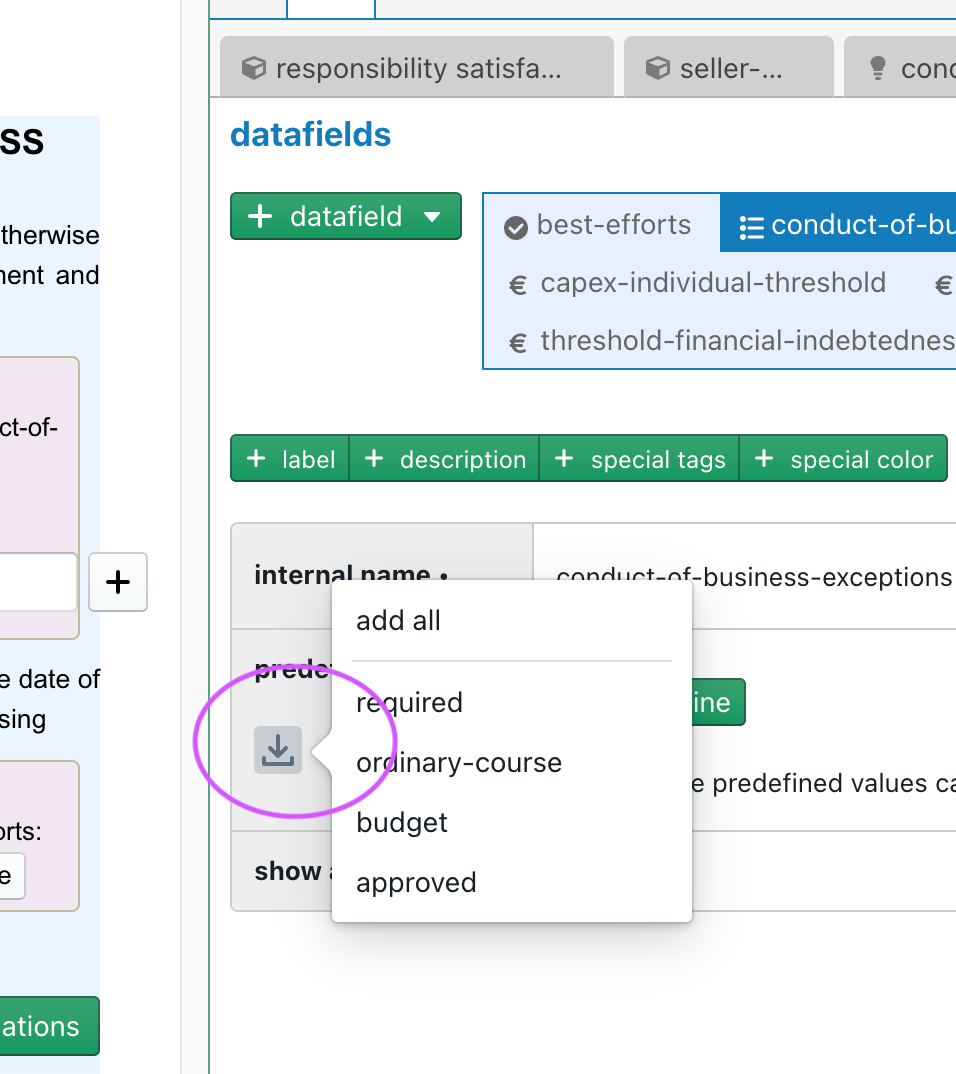