What browsers is Clausebase compatible with? I’m on Chrome but it seems to eat my battery like crazy (even with my tab suspender tool). I suspect Safari might be more energy efficient. Any reason to think that will cause issues? Thanks.

I’m surprised that you say your battery gets eaten by ClauseBase, because in idle mode it does not use more than 0.5% of a single processor core (= equal to what your average news website would also use). When you perform certain actions (e.g., opening a document) you obviously have a peak load, but this hardly lasts more than one-two seconds. And during simply typing operations with the Focus Mode open, about 18% of a single core gets used, while MS Word (Mac) uses about 40% during typing operations.

(These measurements were taken using Chrome’s Task Manager --> see the menu “More tools” in the hamburger menu in the upper right corner of Chrome.)

By the way, unrelated to ClauseBase, but on all my Macs I install a CPU, network & memory monitor (I’m a big fan of iState Menus). Such monitor lives inside your menu bar, and will immediately tell you when some software is eating your CPU, or saturating your network. Particularly on desktop machines that don’t start blowing with the slightest CPU activity, these monitors can be a great help to know if something is going on, whether something is effectively being downloaded/uploaded, etc.

By simply clicking on the monitor in the menubar, you can get details of what’s going on. In the attached screenshot of my iMac Pro, for example, you can see that there’s quite a lot of CPU activity, apparently caused by a combination of OneDrive and Microsoft Teams (which also impacts WindowServer — Teams is known to be quite a CPU hog).

I have frequently seen situations where batteries were getting drained by some application that you were probably not aware of because it was sitting in the background. 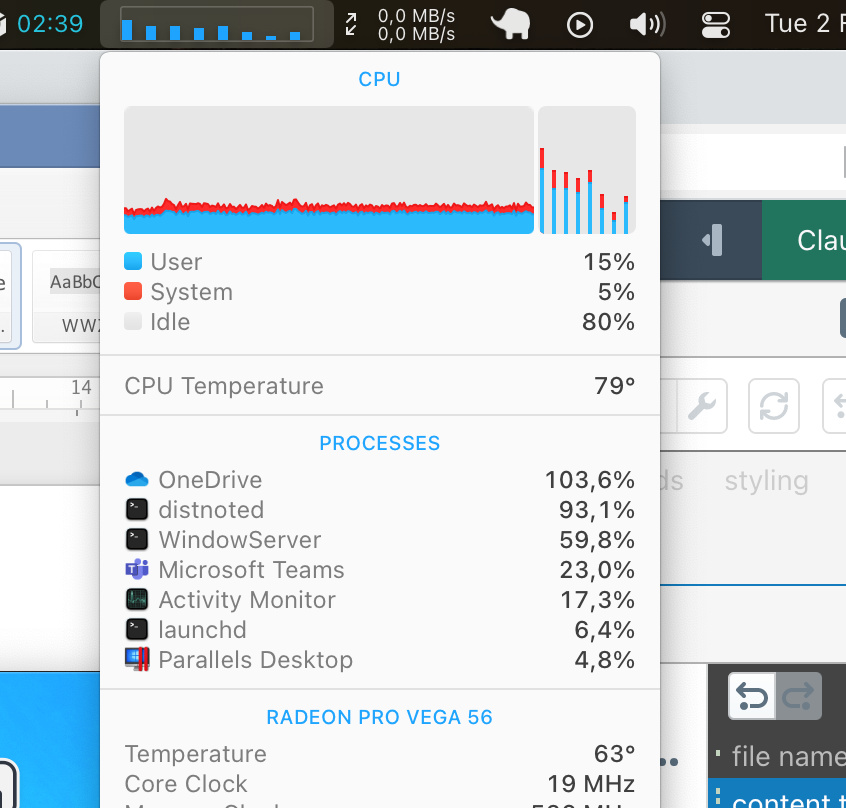