Unfortunately, the maximum of 4 decimal places is deeply embedded in the software, and cannot be changed.

(By way of background: due to the way numbers are stored in ClauseBase — as in many other software packages — having more decimals would imply that you can have less high numbers. We went for a balance of going for 99.9999 billion, with 4 decimal places.)

As a workaround, you can use a custom function, as follows:

This actually means: divide the parameter $1 by 100000, and print the result with a preceding dollar-sign.

("#moredecimals" is a plain concept I invented, but you can basically store the custom function anywhere)

The result is then as follows: 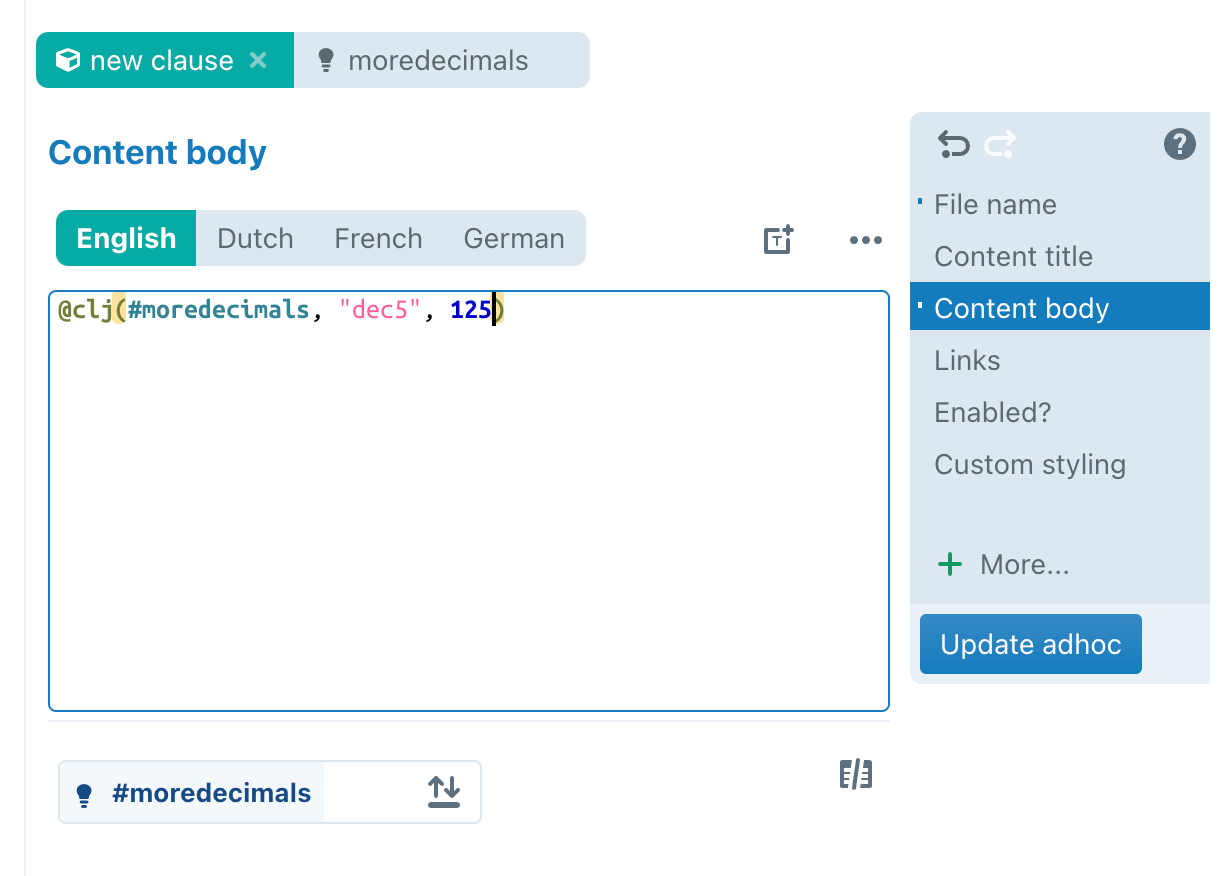 Thanks, I will try this method.