I am working on a document that includes many bullets under various provisions, but I am running into something strange in the styling. If it is a level one heading, the bullets appear even with the heading (see the screenshot below).

However, when the bullets appear under a level two heading, the bullets tab over. (see the screenshot below).

Could you check whether there is a difference in the “align body text & bullets” setting between your headings on L1 and headings on L2? 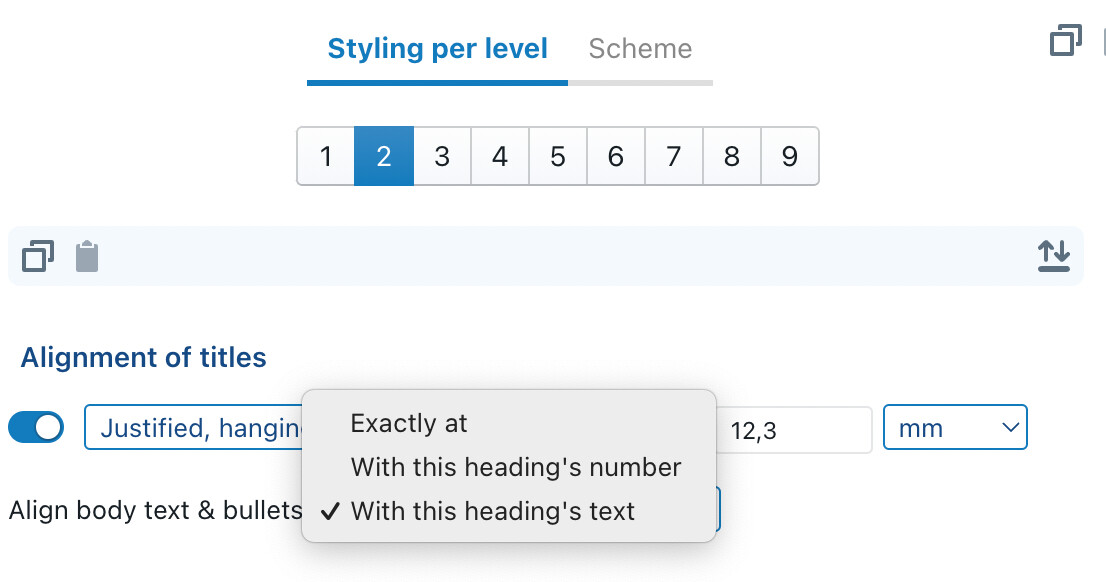 I checked and the settings look the same.

If you want to check it out in our account. It is goodcounsel > library > documents > grant documents > founder agreement.